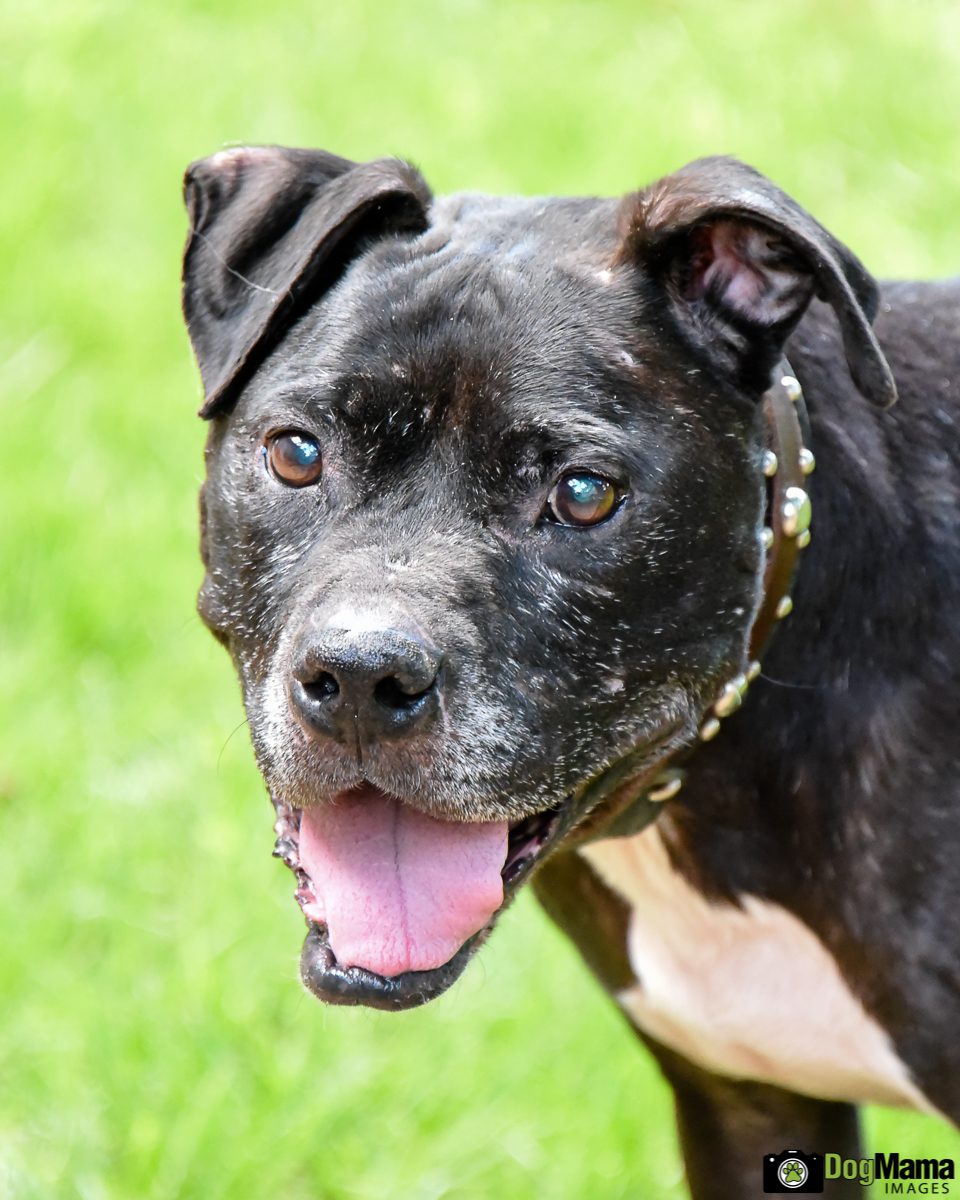 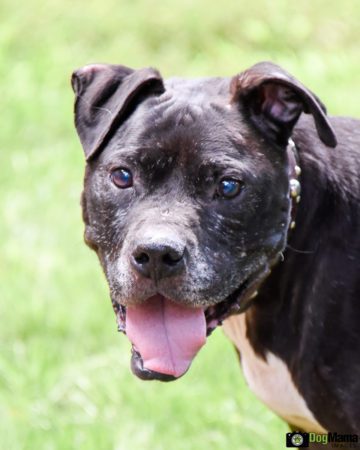 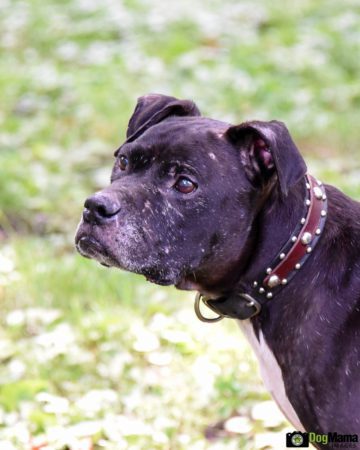 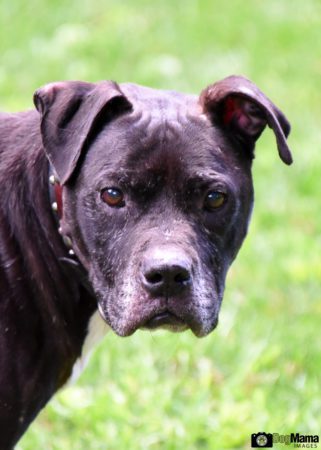 Toothless, also know as Toof, Toofer and Evan, is a rescue from part of the second largest dog fighting ring in the United States.  Though his actual age is not known, he is estimated to be somewhere around 10 years old.  Toof is truly a breed ambassador, one who loves everyone he meets.  He lives comfortably with other dogs, snuggles with the cats and greets the world with a gummy grin and sloppy kisses.  Once in rescue, the remaining bits of his teeth had to be removed, as they were causing him problems, so he has none, but it doesn’t slow him down.  It is believed that life on a chain caused him to chew it, destroying the teeth he had.  Toof bears his scars with pride, but once you meet him, you don’t see them – you see the beauty beneath.